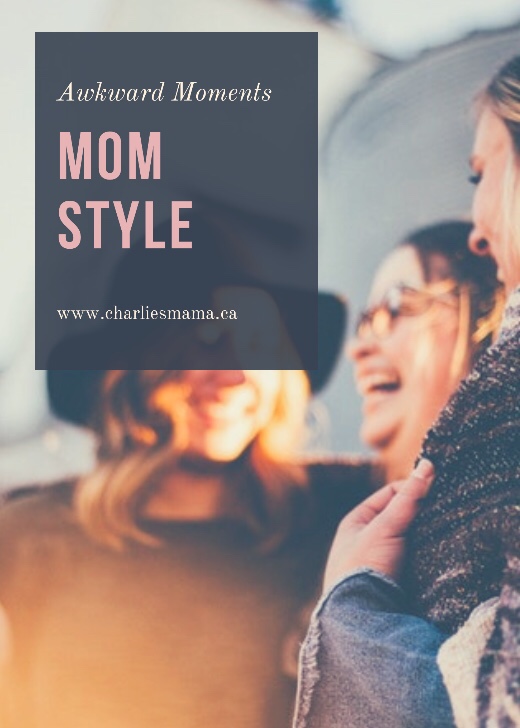 Perhaps I should have recognized the signs right from the very beginning of this journey. Coming up on eight months ago now, I was smack dab in the middle of giving birth while countless nurses walked in the room, introducing themselves. “Hi Melissa, I’m nurse Carol” I remember turning to James and saying, “Well hi, and this is my ass?” I get the friendly gesture and appreciate every single one of those medical professionals, just a weird time to get to know someone, Carol. I mean, we’re skipping right to seventh base the moment we meet. Hopefully that comes up in the next “never have I ever” drinking game I participate in! (Which will literally be never, but hey).

This being said of course, to a nurse, this is their everyday. This situation is something they don’t even bat an eyelash towards. Honestly, you can also bet your ass (yes, that very one they’ve all seen now) that the woman in labour doesn’t actually care all that much either. Once you survive this part and enter the outside world with baby, shit kind of just gets weirder.

The number one thing I find odd as a new mother is other people’s sense of entitlement towards your vulnerable little being. I’m talking people in public who reach over and grab my sons hand and I have to grimace a little on the inside, (I honestly have no idea what you just did with that) or people just whipping out a cigarette while standing beside the stroller talking to me. Even a family member thinking they can lean in and kiss him after they’ve just smoked….. 😳 Pardon?

Now, as a human, I’m convinced my body is made up of 60% water and 40% anxiety. I’ve never been someone to speak up or start a confrontation. I truly feel so awkward when I want to tell someone not to do something in regards to my son. I will every time, but you better believe the knots in my stomach while I’m doing it are at an all time high. The thing is, it’s awkward for both parties. However, it’s 2018, and I’d like to think that society continues to become more educated in being mindful of others. If you don’t think twice about potentially exposing someone else’s baby with your germs, then you probably should feel awkward.

The other day we were at Charlie’s big brother Layne’s hockey game. James went to the restroom and this little girl I’ve never seen approached me. She instantly asked if she could hold Charlie. He was just waking up from a nap and still strapped into his car seat. I responded, “Oh he’s okay in here right now, we’re going to watch his brother play in a second”. Then with impeccable timing, he starts fussing a little, as let’s face it, Charlie hates his car seat and just caaaaant take one for the team. (So selfish). She pipes up and says “I just want to hold him for a minute” and starts undoing his buckles! Bold move, sister. I told her I would undo his straps, and that she could hold him if she sat down. So she did. I crouched beside them and watched. James came back, and said “what’s going on hereeee?” just inquiring as he had no idea who the child holding our baby was. Plot twist James- me either. Anyways, we were headed to the second floor to watch the game, and when we began to put Charlie back in his seat, the little girl stuck her hands right in there to help. James said something along the lines of, “thank you, okay we’re off, but you can say bye to Charlie”, but she announced she’d also be coming upstairs. We got up there and she didn’t miss a single beat in saying, “I’ll hold him”. I explained that it was okay, and I would. She asked a few more times, then accepted defeat and just sat with us, telling me stories about her hockey game that day. She then announced that she was going to find her writing journal, and off she went. I didn’t see the munchkin for a solid 20 minutes. I accepted victory, and brought the baby to the bathroom to change him. Suddenly, in a moments time, I felt her presence, like a chilling Winters eve. I whispered to Charlie, “she’s behind me, isn’t she?” yet he never seems to answer. DUN DUN DUN! (But really). She came right up for a front row seat to Charlie’s diaper change, and asked me what he had done in his diaper, as well as “what’s that on his bum….Oh it’s a bit red over here.. How come?” K, we’re really examining his ass together now? I know in that moment I would have 100% preferred Nurse Carol looking at mine again. Let me add in a side note now; I once had an employer, at a daycare to boot, tell me that I had the best patience she had ever witnessed in an employee. (Thank you, no big) So don’t get me wrong and think this is just me being short tempered or irritated with a little girl who’s just curious, because I’m telling you she was aggressive, and this was a weird thing happening. She then informed me that she was going to carry him back. I said “no it’s okay, his dad doesn’t like that, he only wants us carrying him”. I have no idea why I said that. I was using James as an excuse because he is much stronger than I. She asked, “well, why?” I explained that as his parents, we get paranoid. I mean really, it wasn’t even all about her being a child. If this was Charlie’s cousin or relative of any sort then fine. But not even a twice removed, we had here! Complete stranger! She said, “no no, I’m just going to carry him until we get over to the seats” I said “no, it’s okay, I will”. She came back with another rebuttal. “No, like just to the glass doors”. I had to keep saying no to this little girl, and I truly felt so uncomfortable. She then decided she would carry his blanket and wipes back for me, which was nice, and made me feel like an asshole. Once we got back I handed him to James to hold, because I figured she wouldn’t ask him for the baby. She eventually took off again. After the game, we were waiting for Layne, and Charlie was standing at the back of the couch peering out at people. I was sitting with him. This little girl popped right out of whatever f*cking parentless land she originally came from, and asked, “Can I hold him?” All I can picture is Steve Carrell from the office screaming “NO, GOD, PLEASE NO!” When I politely declined, she said, “no no, can you move and let me sit with him?” Officially irritated, and feeling harassed by a 3.5 footer. What even? I’ve never had so many random people approach me since I had Charlie, and while I appreciate kind strangers and their nice conversations/ comments, sometimes, it just goes a bit far.

There was also a time Charlie was whining at the mall and an elderly man approached me to tell me my son was tired and that he felt bad for him. Oh. He wasn’t tired, he was simply cranky. But, what do I know about the little guy I gave life? The old man actually revealed that he’s the mall Santa, and after calling both Charlie, myself, and my best friend cute several times, he said he would gladly come to our house free of charge on Christmas morning (This was in July). Nice gesture but that’s okay, sir. Thank you.

The second thing that comes to mind when I think about awkward moments in my newfound motherhood is self inflicted: boobs just freely leaking. They don’t discriminate or hold back, they just go. I can think of three separate occasions where I was told “oh, you’re leaking there….” There’s just nothing you can say in this moment, other than the ever so classy, “oh, well shit”. It’s completely natural, just a wee bit awkward in public and as a conversation piece with strangers.

Actually, now that we’re on the topic of boobs and conversations with strangers, I will say that it is a bit odd how many people just casually ask moms with babies if they’re breast feeding. I was asked many, many times, including somewhere as casual as the line at Shoppers Drugmart. Why are you asking women what they do with their boobs? Would it be socially acceptable if someone approached you and asked if you occasionally just hold on to yours a little while you’re watching tv? At least when my leakage was being pointed out, they didn’t have to ask. 🤷🏼‍♀️ Always a positive.

The last thing I will banter on about was not at the fault of a stranger or myself, but once again includes my breast. (Honestly, all dignity is out the window). Charlie and I were having a nice little meeting with my boss when he was about 4 months, and I was sporting my cutest little summer dress, strapless, drizzled in the finest spit up. We were wrapping up and I was bent over putting his stuff back in his baby bag, and he quite shamelessly reached up and pulled my dress right down on one side. I was wearing a strapless bra too, so you can imagine the result. I pulled it up pretty quickly, but there was no going back on what had been seen that day. We were mid conversation, and there it was. My little Charlie: the gift that keeps on giving. ❤️

Thank you kindly for reading. It was nice to get these things off my chest (no breast leakage pun intended). Please feel free to share your “awkward motherhood moments” back with me!